These are some of my current and past table gardens. Most include a patchwork of varieties of moss.
They need partial to fully shaded spaces and regular watering. Regular misting makes moss happy.
Search Saikei landscapes to learn about the many styles of Asian style miniature gardes.

Contact me for event and meeting presentations and demonstrations. 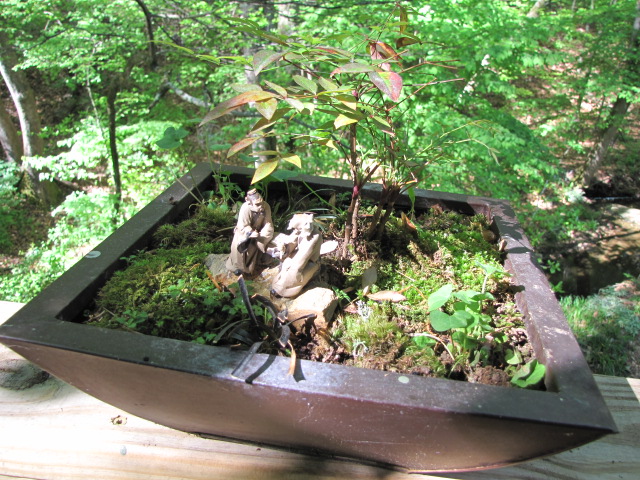 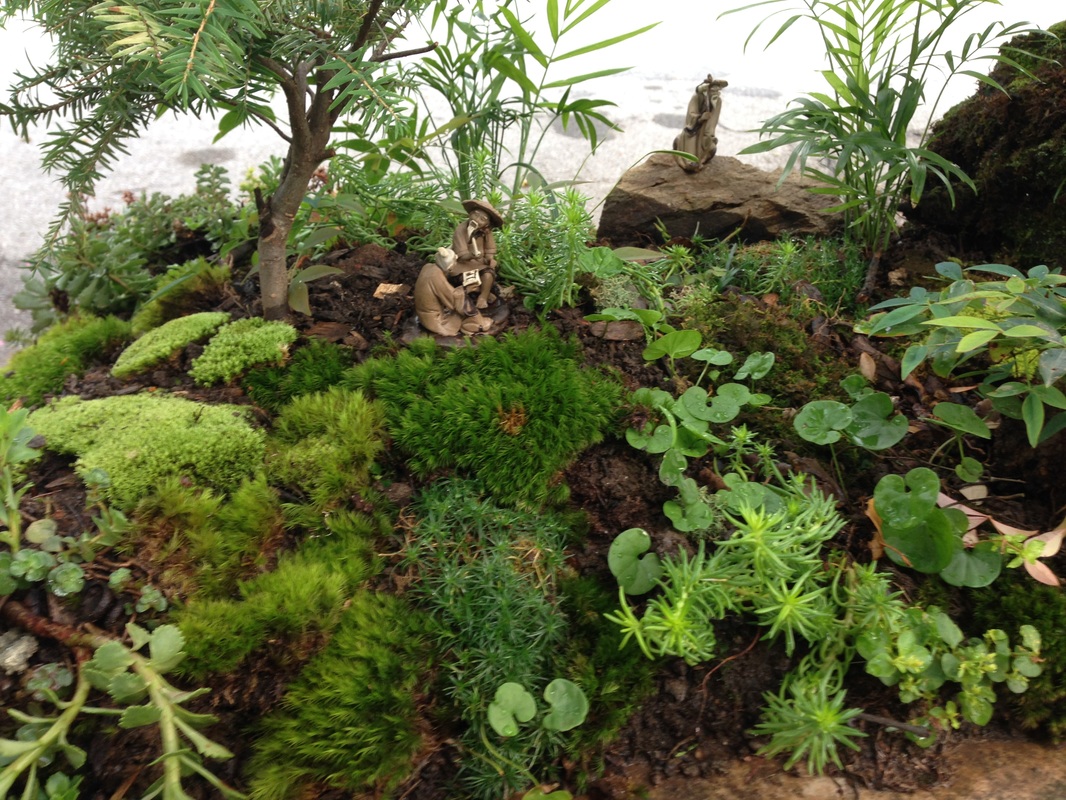 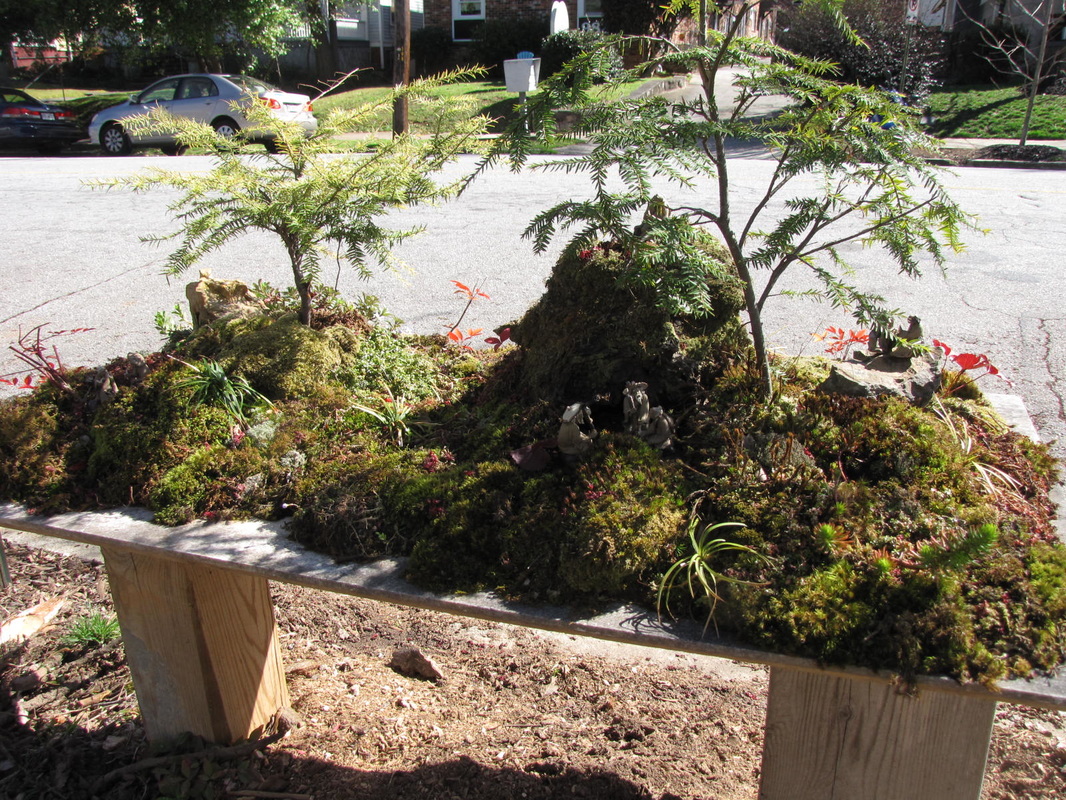 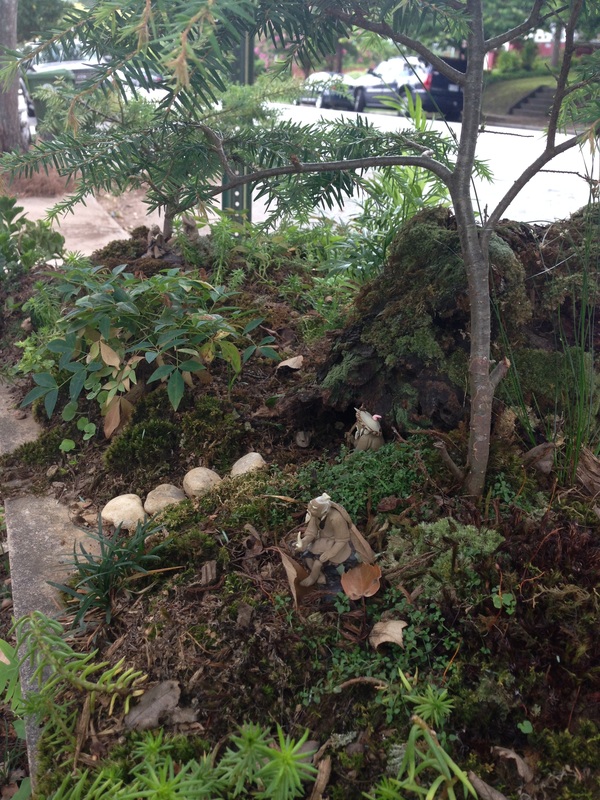 What is a Saikei “Sy– Kay” Garden ?
Saikei consists of two Japanese words, 'Sai' meaning a plant and 'Kei' meaning a view or a scene Saikei has developed a harmony in presenting miniature landscapes and has matured from a horticulture approach to thickening bonsai into an independent and evolving art form which is easy on the pocket but has a significant wow factor when the balance and harmony is achieved.